The Alchemia Magic started as an imaginary place that contained all of the elements of the bookstores, botanicas, and metaphysical shops I had either visited or worked at during the course of my life.  I just happened to be writing some interactive fiction with friends on Pan Historia and the description of this shop just seemed to take on a life of its own.  Since then, what was merely a fictional idea, an attitude with a certain ambiance.  Now it seems that it may well be on its way to becoming a reality in the form of an actual store with its own product line. Here you will find everything from the mysterious and the occult.

Below is the original story, written as the character Alexander Grigori. 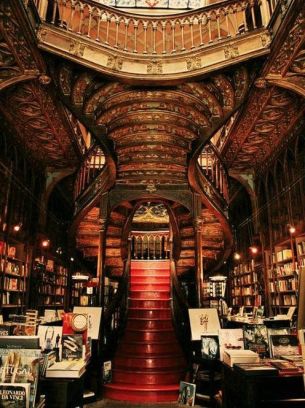 An Exerpt from ” Surprise Visit ” :

Alchemia Bookshop could very well have been a clone of Watkins Books in London. The gorgeous Victorian storefront was filled with luxuriously printed delights of all kinds, both new and exquisite antiques.

As dignified and inviting the outside of the store was, the inside was even more tantalising. The dark wood floor was polished to an impossible sheen, strewn throughout with antique Oriental rugs of various shapes and sizes. There were row upon row of floor to ceiling shelves, neatly laid out, some of them with closed and locked glass doors that could be opened upon request. Among the colourful tomes were statuary and incense, crystals and jewelry, and all manner of hedonistic delights to the spirit. Alexander mused to himself as he and his sister-in-law, Lady Ashley, stepped through the door that Tolkien’s dragon, Smaug, would have been quite at home in such a place. It definitely struck a chord in his own collector’s heart.

One of the things that Alexander always found most striking about a good occult bookstore was the quality of incense. The olfactory offerings were never cheap, but rather comprised of a mixture of heady and expensive herbs and resins. The scent clung to everything every page of every book, every tarot card and scarf and whenever a patron made a purchase, that scent followed them home. It was a good magical practice and it reassured the buyer that what they had brought home, though it may have been pricey, had not been an impulse.
~*~*~*~

I have been to such bookstores over the course of my life.  Each one had elements that made it a pleasurable indulgence, as if you were entering the sacred and holy place where knowledge could not only be accessed, but experienced through all of the senses. Though the store doesn’t have an actual physical space, that part is being worked on and it is closer than even I have dared to hope.   In the meantime, I will be posting to the blog, along with links to other resources, authors, artists and websites that may be of interest to all.

Thank you for stoping by!

This site uses Akismet to reduce spam. Learn how your comment data is processed.